Bizarre insect from 100 million years ago sunk in amber

A bizarre insect with an almost triangular head was discovered in a piece of amber that was found in Burma. The creation has baffled scientists. – I have never seen anything like it,” said world-renowned entomologist George Poinar Jr.

The insect embedded in Burmese amber is so different from what we know so far that it has gained its own order in systematics. It was named Aethiocarenus burmanicus. The age of the find was estimated by researchers at around 100 millionóin years. This hitherto unknown insect species has been described by an expertów from Oregon State University.

– The strangest thing is that the insect’s head looks almost identical to the alien life forms from another planet depicted in movies. With a long neck, large, bulging eyes and a strange, almost tróangular head… thought to be E.T. – joked George Poinar Jr., który led the research.

The animal has tróhe angular head and protruding eyes, which actually gives it the appearance known from the movieóin science fiction about visitors from another planet. Researchers believe that this head shape allowed the insect to have an unusually wide viewing angle. Its slender legs and narrow body allowed it to move quickly. According to entomologistsów, the insect lived on the bark of trees and fed on mites, fungi and small worms.

– The insect has a number of characteristics thatóre simply do not match known speciesóin the insectów. I have never seen anything like it. Here we are dealing with something unique in the world of insectsów – assessed the entomologist. 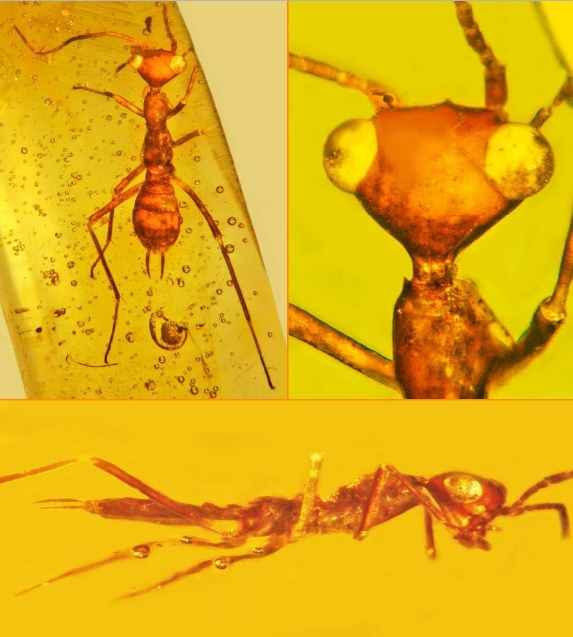 An amber with an insect embedded in it was found in one of Burma’s mines in the Hukawng Valley. Many amber-sunk specimens are found in this country (now called Myanmar)ów. Late last year, the tail of a feathered dinosaur sunk in amber was encountered there. You can read more about it here.

The alien-like insect has been assigned to a new row created especially for the occasion Aethiocarenodea. It has been named Aethiocarenus burmanicus. Currently, we know about a million species ofóin insectóin whichóre are classified in 31 orders of. As of now, the rowów is 32.